The 'Charity Stripe' Is Here!

Attention NBA fans- fellow NBA lover, Jack Fritz, and I have created the Charity Stripe, a podcast strictly dedicated to recapping the biggest news in the NBA each week. So check out our podcast, which is just over 50 minutes long, and give us your thoughts! 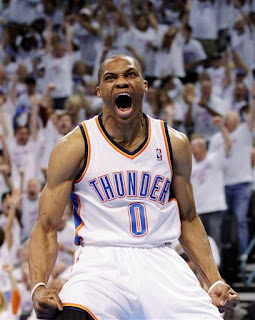 Posted by Jordan Vitkauskas at 12:10 AM No comments:

Email ThisBlogThis!Share to TwitterShare to FacebookShare to Pinterest
Labels: NBA, The Charity Stripe

The city of Chicago has long been looking for a hero since Michael Jordan last wore a Bulls jersey in 1998. For most Bulls fans of that era, their iconic image of Jordan is of #23 hitting the game-winning shot over Byron Russell in game six of the 1998 finals to earn his sixth and final championship.

The Hall-of-Famer and arguably greatest player ever was also known for breaking the hearts of the Cleveland Cavaliers and their fans over and over again throughout his career, hitting several game-winning shots against them in the playoffs, most notably his double-clutch shot, aka "The Shot" over Craig Ehlo in game five of the 1989 Easter Conference first round (Don't look below if you are a Cavs fan).


However, in recent years, LeBron James (Current Cavalier) has been a Chicago Bulls killer, winning 4-1 in two separate playoff series during his four-year stint with the Miami Heat (2011 Eastern Conference Finals, 2013 Eastern Conference Semi-Finals). James and his teammates have always been able to rebound after losing the first game to Chicago, and appeared to be on their way to winning game three last night, until Derrick Rose fought back.

Rose, the prodigal son of Chicago (He went high school at Simeon Career Academy in Chicago), scored 30 points, with none bigger than his 3-pointer off of the backboard as time expired to give the Bulls a 99-96 win over Cleveland. The shot 2.0 didn't just give Chicago a 2-1 series lead, restoring home-court advantage, but it also gave the fans and city hope that this just might be their year to add a seventh championship to the collection.

Between James being a thorn in their side over the past five years, and Rose's injury problems (Almost two full seasons missed combined due to knee injuries), Bulls fans haven't always had a lot of confidence in its superstar and former MVP. They have however, always had his back, as proven by the crowd explosion at the United Center when Rose knocked down the game-winner last night.

The Chicago Bulls still have a long way to go in order to advance to the Eastern Conference Finals for the first time since 2011. They need to defeat one of the league's best duos in LeBron James and Kyrie Irving two more times, a difficult task to say the least. But they may finally have the personnel and the right Derrick Rose to do the job. We'll find out if they can take a 3-1 series lead, or James and Co. can tie it up tomorrow at 3:30 p.m. on ABC.

Posted by Jordan Vitkauskas at 4:25 PM No comments:

Making the Case for each MVP Candidate

It's almost the home stretch for the NBA's regular season, and the Most Valuable Player race is as hot as it has been in recent memory. Five players are in true contention for the NBA's top individual award, and as we head into the final five weeks of the season, each game will be crucial towards their respective campaigns.

Here is a breakdown of the potential NBA MVP candidates.

Davis continues to find ways to dominate more and more each night. In Sunday's 118-110 double overtime loss to the Denver Nuggets, the 22-year-old flirted with a quadruple-double, posting a stat line of 36 points, 14 rebounds, nine blocks and seven assists. Over his past five games, Davis is averaging 29.2 points, 10.8 rebounds, 4.4 blocks and 4.2 assists per game (NOLA is 3-2 in those games). His 2.9 blocks per contests leads the league by a solidly wide margin (Serge Ibaka #2 at 2.4), and his field goal percentage is good for seventh overall.

Why He Wins- Getting the Pelicans past OKC and into the playoffs is crucial for Davis' chances. His numbers fit the eye test, and continued monster outings will significantly improve his chances. It will be tough though, as he is competing against four other big candidates who will take away some votes.

The Cleveland small forward took some time making his MVP run, but like death and taxes, you knew it was coming at some point during the season. His Cavaliers are quickly climbing the playoff ladder in a weakening Eastern Conference, and his scoring, rebounding and assist numbers are pretty much on par with his career stats. His 4.2 turnovers per game are slightly concerning, but James makes up for his mistakes in so many other areas that it isn't something that would cost him the award. One possible roadblock to his fifth MVP award is the strong play of teammate Kyrie Irving, who is scoring 28 points a game (Career-high 57 against Spurs last week) over his last five games on 55% shooting from the field.

Why He Wins- James' strong overall numbers across the board, combined with his resume of four previous MVP awards could push the voters into giving him his fifth. It's a double-edged sword however, as voter fatigue could cost him the award. The Cavs will need to continue to play well down the stretch, and 14-point losses to the Heat will not help his cause.

The Beard has been phenomenal leading the Rockets while Dwight Howard remain out due to injury. His 26.8 ppg trails only Russell Westbrook, and he leads the NBA in free throws made (8.5), and attempted (9.8), while knocking them down at an 86.6% rate. Harden can get hot from anywhere on the court at anytime, and his play has Houston only two and a half games from the second seed in a jam-packed Western Conference.

Why He Wins- When Harden's perimeter shot is falling, he is impossible to stop, as he can truly beat you from anywhere. He can take home the hardware if he can push the Rockets to a top-three seed, while maintain efficient strong play.

The dribbling and shooting wizard recently celebrated his 27th birthday in typical Curry fashion, going off for 27 points and 11 assists in a 125-94 victory over the New York Knicks. Curry's play has been consistently strong all season long, and his 2.17 steals per game put him just behind Spurs forward Kawhi Leonard for tops in the league. He leads all players in three-pointer made (216), and attempted (513), and his 42% conversion rate from behind the arc is good for seventh among qualified shooters. Curry is absolutely electrifying to watch on a nightly basis, and is always putting on a show for the fans, whether at home or on the road.

Why He Wins- The Warriors record (Currently 53-13) is not only leading the Western Conference, but also the NBA. His play is great against good and poor competition, and Curry's overall consistency on both ends of the floor will give the voters good reason to give the 27-year-old his first MVP award.

The triple-double machine continues to roll along, as Westbrook recorded his eighth of the season four days ago in a 113-99 win versus the Minnesota Timberwolves (29 pts, 12 ast, 10 reb). Efficiency and turnovers have been an issue, as his field goal percentage and turnovers per game are the worst of any other candidate listed in this breakdown. In addition, the Thunder are the eight seed by only a half a game over Davis' Pelicans, and are 5-5 in their last 10 games. However, without Westbrook, OKC would most likely not be in the playoff hunt (Kevin Durant has missed 40 games this year).

Why He Wins- The positives (Pts, Reb, Ast, Stls) outweigh the negatives (FG %, TO's) by enough of a margin that voters will see Westbrook's true value to the Thunder. Pulling away from the Pelicans will also strengthen his case, as he looks to become the first pair of teammates (Along with Durant) to win back-to-back MVP awards since the Boston Celtics from 1956-1958 (Bob Cousy and Bill Russell respectively.

Who do you think is the NBA's Most Valuable Player? Comment below and state your case.

Check out bunow.com for local and national news stories will by Bloomsburg University students.
Follow me on twitter @Lower_Merion33
*All stats/facts courtesy of ESPN/Basketball Reference
*All stats accurate as of March 17
Posted by Jordan Vitkauskas at 2:08 PM No comments: